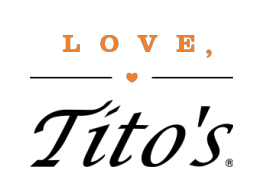 Maine Credit Unions’ Campaign for Ending Hunger will benefit from a special fundraising initiative that is launching next month. Thanks to the Love, Tito’s program, the Campaign will receive a charitable donation up to $20,000. Tito’s will donate $1 from the sale of each Tito’s Handmade Vodka bottle at participating locations in Maine during the months of September and October.