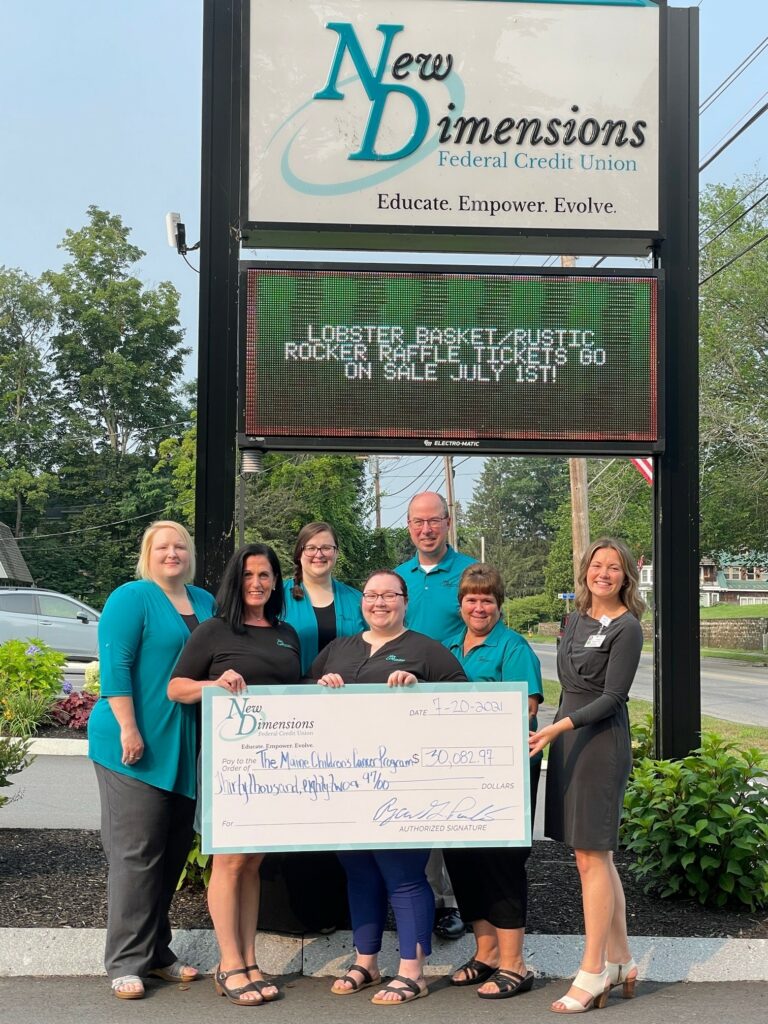 When the team from New Dimensions FCU arrived at the Robert LaFleur Airport in Waterville for their 7th Annual Cruisin’ For a Cure Car Show on June 5, they were unsure about what to expect. The airport was serving as a new venue for the event. The credit union hoped the new, larger space would be well received by car owners and auto enthusiasts alike—and it was. When cars started rolling in at 7 am, the credit union realized they were going to have a big turnout!

Proceeds from the Cruisin’ For a Cure Car Show benefit the Maine Children’s Cancer Program (MCCP), an affiliate of The Barbara Bush Children’s Hospital at Maine Medical Center. In addition to hosting the car show and collecting donations from patrons, the credit union conducted a 50/50 raffle and a super raffle, sold food, and secured financial support from several area business partners to raise money for this worthy cause.

On July 20, the credit union presented their donation to MCCP at their Waterville branch.