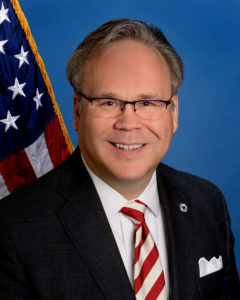 Mr. Harper is no stranger to credit unions. During his career as a Capitol Hill staffer, he worked on several financial service laws including the Gramm-Leach-Bliley Financial Services Modernization Act, Dodd-Frank Wall Street Reform, and the Consumer Protection Act.

Prior to joining NCUA’s Board, Mr. Harper worked on the NCUA staff in the Office of Public and Congressional Affairs and served as Chief Policy Advisor to former Chairman Debbie Matz and Rick Metsger.

Mr. Harper was sworn in for his six-year term in April 2019 and is the first NCUA staff member to join the Board.