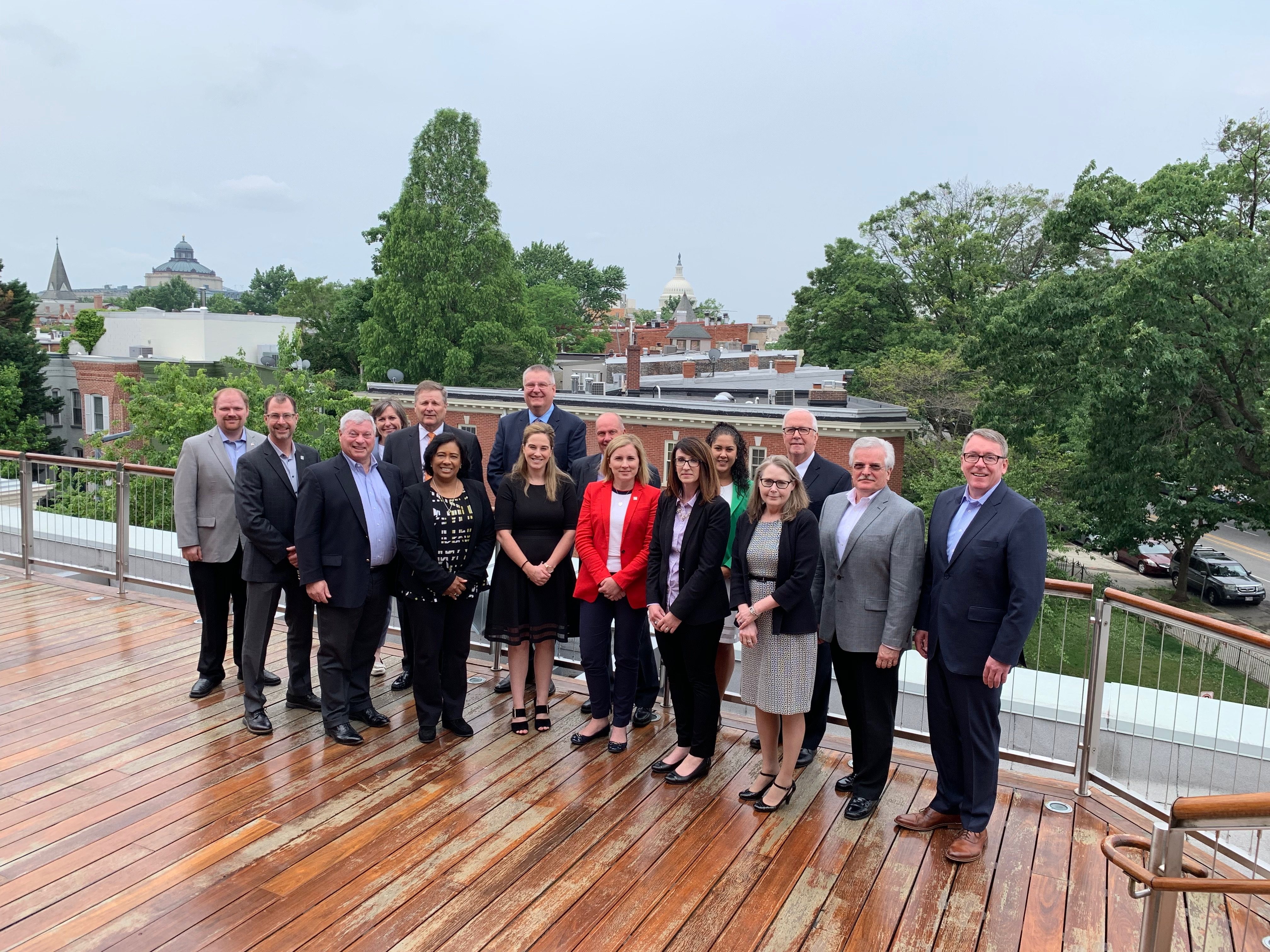 Last week was a busy one for League staff who traveled to our nation’s capital for trainings and meetings. On Wednesday, June 5, League President and CEO Todd Mason, and Robert Caverly, Vice President of Governmental Affairs, attended a meeting at Credit Union House with Jane Walters, Regional Director for the National Credit Union Administration’s (NCUA) Eastern Region. Walters and her team met with credit union representatives from the region to discuss NCUA’s strategic plan, along with trends and regulations impacting credit unions.

“Attending meetings like AACUL’s Advocacy Team meeting is critical for our governmental affairs operation here at the League,” said Caverly. “It gives us the opportunity to review the climate of the credit union movement, the challenges the movement faces, and the best practices to solve those challenges. Certainly, what works for one league may not work for another, but sharing viewpoints allows those who attended the meeting to go home and find the solutions that work best in their states.”

“It was very beneficial to meet and collaborate with our League peers from other states,” said Burke. “Whether you are in Maine or Kentucky – even North Dakota, credit unions are improving the financial lives of their members and their communities and it was incredibly valuable to hear from other League communicators about what works best to promote the credit union difference in their states.”