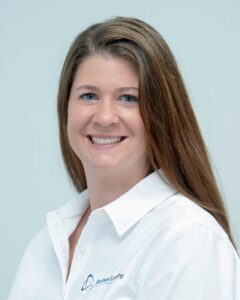 Business Lending Solutions (BLS), LLC has announced the promotion of Christy Davalli to Senior Vice President. In her new role, Davalli will serve as the team leader for Commercial Lending and continue her duties in support of BLS’ credit union partners. Davalli brings over 30 years of banking experience to her new position, 15 of which were spent in commercial lending. She previously served as a regional manager for a large national financial institution.

“With Christy’s leadership, the support of experienced lenders, and the entire BLS team, I am very excited for the future of Business Lending Solutions,” stated Russell Cole, President and CEO of BLS.

In addition, BLS announced it has brought on two highly qualified lenders to the BLS Commercial Lending team. Amy Sharp joins BLS as the new VP-Commercial Lending and will work primarily in the Southern Maine and Seacoast New Hampshire markets. Amy lives in New Hampshire and has over 16 years of commercial lending experience, as well as an extensive background in the financial services industry.

Chris DeMerchant joins BLS as the new VP-Commercial Lending. Chris lives in Sabattus and brings over 20 years of commercial lending experience with community banks to his position. Most recently, Chris worked with the Maine State Housing Authority. His work will primarily be focused in Lewiston/Auburn and Midcoast Maine.