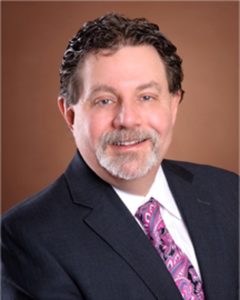 On July 26, League President/CEO Todd Mason announced that Scott Harriman, CEO of Cumberland County FCU, is this year’s recipient of the James M. Gratto Award. This award is presented annually to an outstanding credit union CEO.

“While I wish I could have presented this award in person at our annual convention, I am pleased to announce that Scott Harriman is this year’s James M. Gratto award recipient,” said Mason during a virtual town hall meeting with credit unions. “Scott is praised by his staff for being an exceptional leader, mentor, and a selfless CEO. Anyone who has ever spoken to him knows he does his homework and is always well prepared for anything he tackles.”

Harriman has been serving Cumberland County FCU for nearly thirty years, growing it from $10 million in assets to $300 million, with six branch locations. He also has increased its membership by more than 18,000 members.

“Scott always puts his credit union before himself,” said Mason. “Because of his hard work and dedication, his credit union has high member and employee satisfaction. He works tirelessly on behalf of his staff, members, and volunteers and keeps the spirit of People Helping People at the forefront of everything he does. Scott is very deserving of this honor and it is my privilege to recognize him with our outstanding CEO award.”