Each year, the League recognizes CULAC fundraising leaders at its annual Legislative Forum. Four awards were handed out this week. Winners recognized include:

“I’d like to congratulate each of the winners and thank them for their generous support of CULAC,” said Robert Caverly, League Vice President of Governmental Affairs. “I also want to thank everyone who has contributed to CULAC this year. Your support greatly impacts our advocacy efforts at both the state and federal levels.”

In addition, David Leclerc, Board Chair at Atlantic FCU was awarded the League’s 2019 Political Involvement Award.

“David Leclerc is an outstanding recipient of the 2019 Political Involvement Award,” said Todd Mason, League President/CEO. “He has been a dedicated credit union volunteer since 1988. David attends most, if not all of the League’s Governmental Affairs events. His constant presence and willingness to attend functions greatly enhances the League’s advocacy efforts. David makes a big difference in advancing Maine credit unions.” 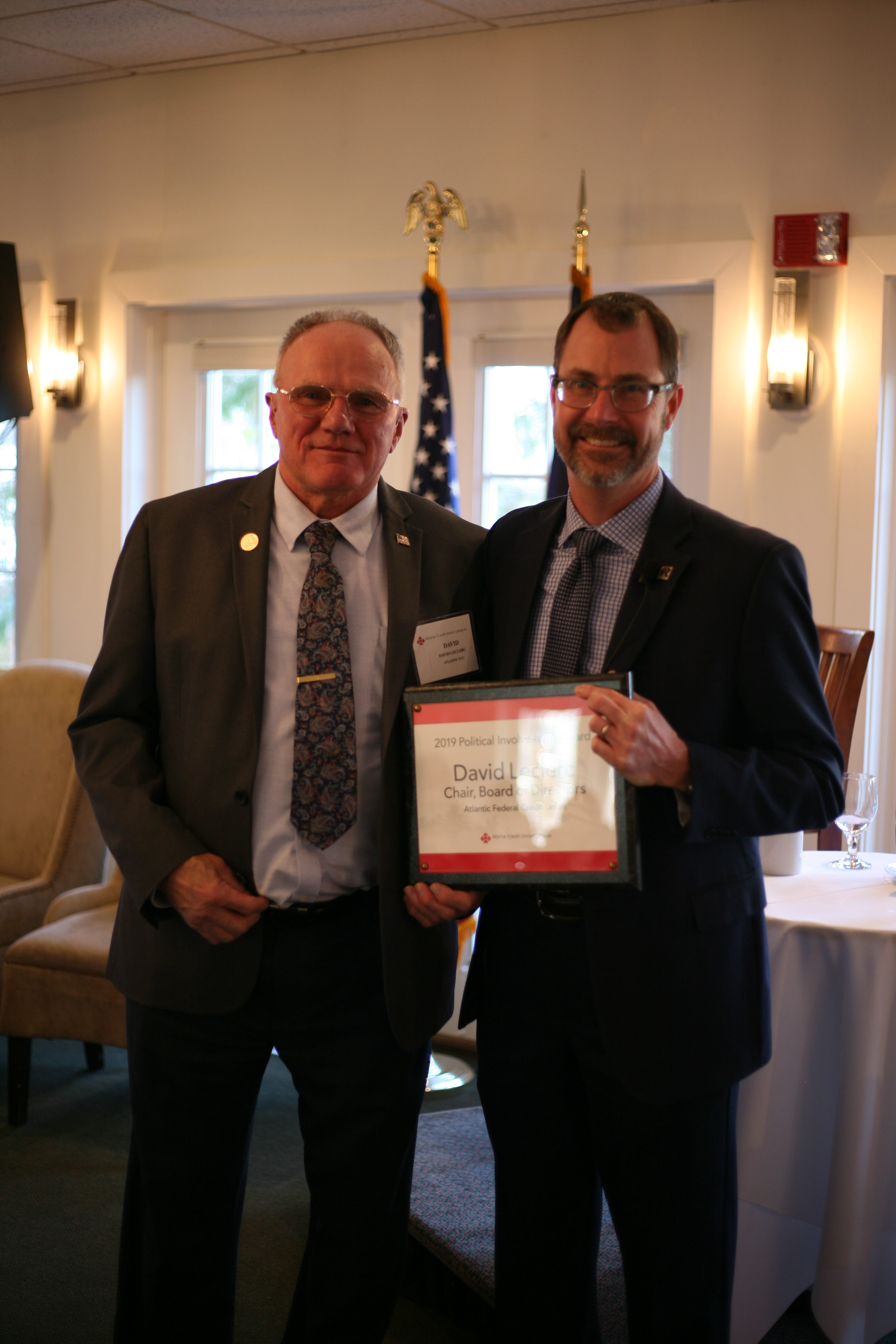