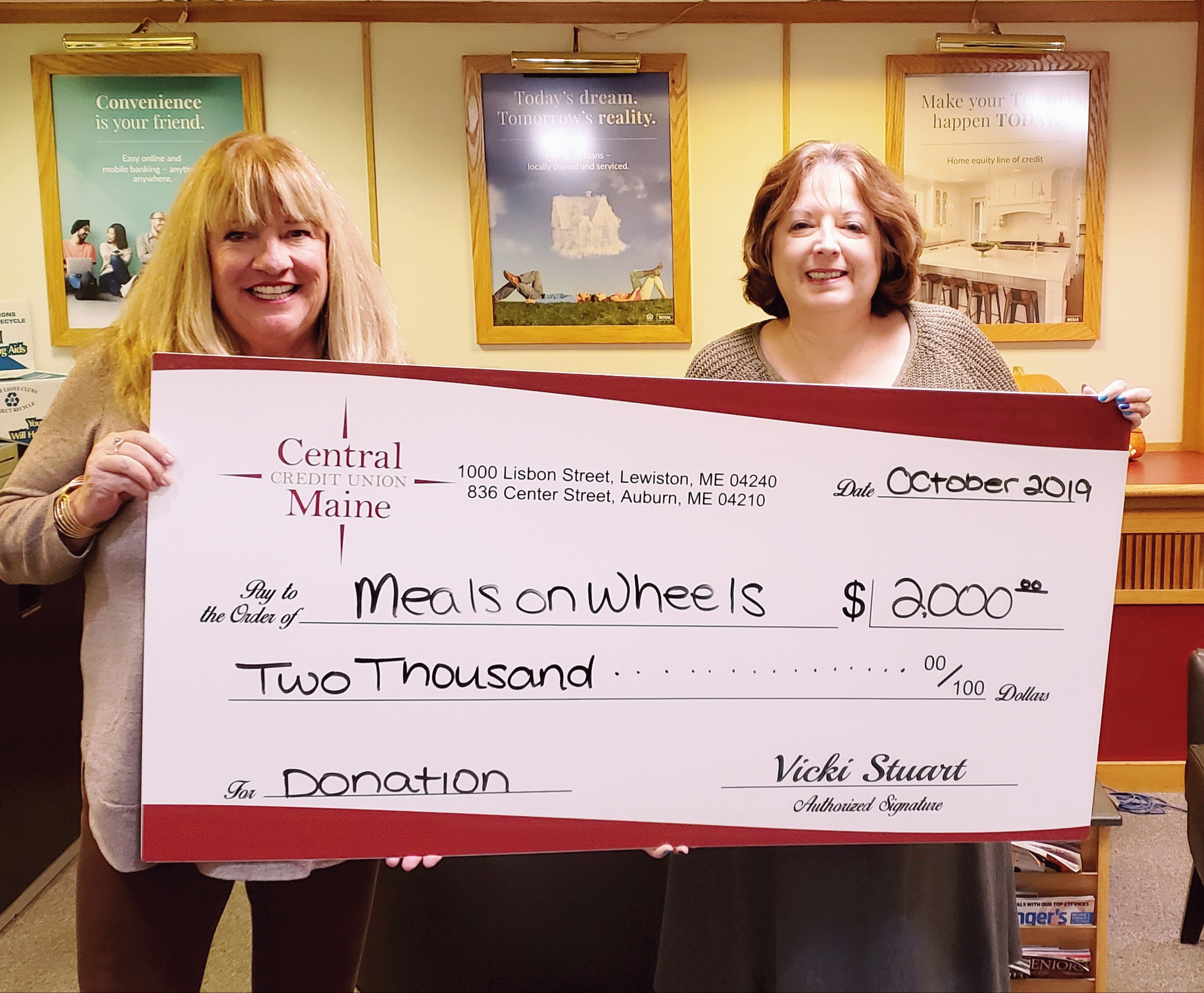 On October 23, Central Maine CU donated $2,000 to Meals on Wheels, a program of SeniorsPlus. As a non-profit corporation that relies mostly on volunteers, SeniorsPlus delivers meals to homebound seniors throughout Lewiston, Auburn, Lisbon, Sabattus, Greene, and Livermore Falls. The credit union presented this donation as part of its Campaign for Ending Hunger fundraising effort.

“Central Maine Credit Union is dedicated to the Maine Credit Union League’s Ending Hunger Campaign and chose to donate to SeniorsPlus to assist them with their Meals on Wheels program, “said Vicki Stuart, President & CEO of Central Maine CU. “We’ve heard from a number of members about the difference this program makes in their lives and we’re happy to support it.”