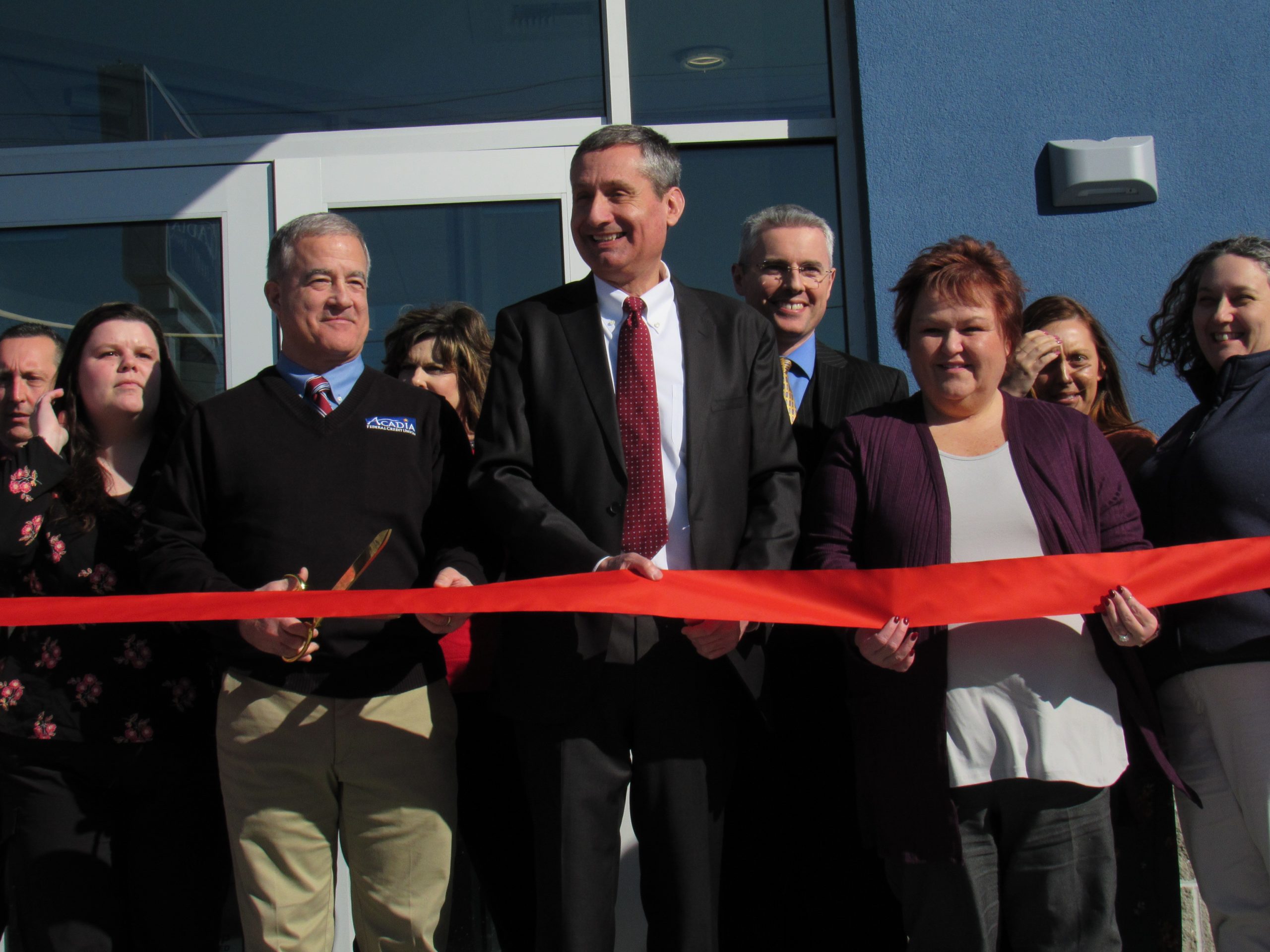 David Desjardins, CEO and President at Acadia FCU (center), is joined by supporters at the Broadway branch ribbon cutting ceremony on February 5.

Acadia FCU is pleased to announce it has officially opened its new branch on Broadway in Bangor. On February 5, Acadia FCU officials were joined by members of the Bangor Region Chamber of Commerce, the Bangor City Council, and other supporters to cut the ribbon on the new branch. The Broadway location is Acadia FCU’s ninth branch and its fourth in Penobscot County.

“Acadia Federal Credit Union is unique in our approach,” said David Desjardins, CEO and President of Acadia FCU. “We focus on the rich traditions of the communities we serve, and our staff is committed to our membership. Just like the Bangor region, we are seeing growth in several areas. It’s not just the location that is going to serve our members well, but it’s the way this branch was thought out and built. We’re incredibly proud of it and we’re excited for the community to come say hi.”

The Broadway branch of Acadia FCU has modern teller pods, a video room for members, offices, meeting space, and a 24-hour ATM. The location also has room for Acadia FCU to grow, which officials see as critical for the years ahead.

“I cannot say enough about how exciting this is both for Acadia Federal Credit Union and our members,” said Branch Manager Sue York. “So much care, thought, and hard work has gone into making this branch something special for our membership while offering us flexibility to grow. The future is bright for Acadia Federal Credit Union in Penobscot County.”

Acadia FCU has hired five new employees to prepare for the Broadway opening, with a total of nine employees to be stationed there.