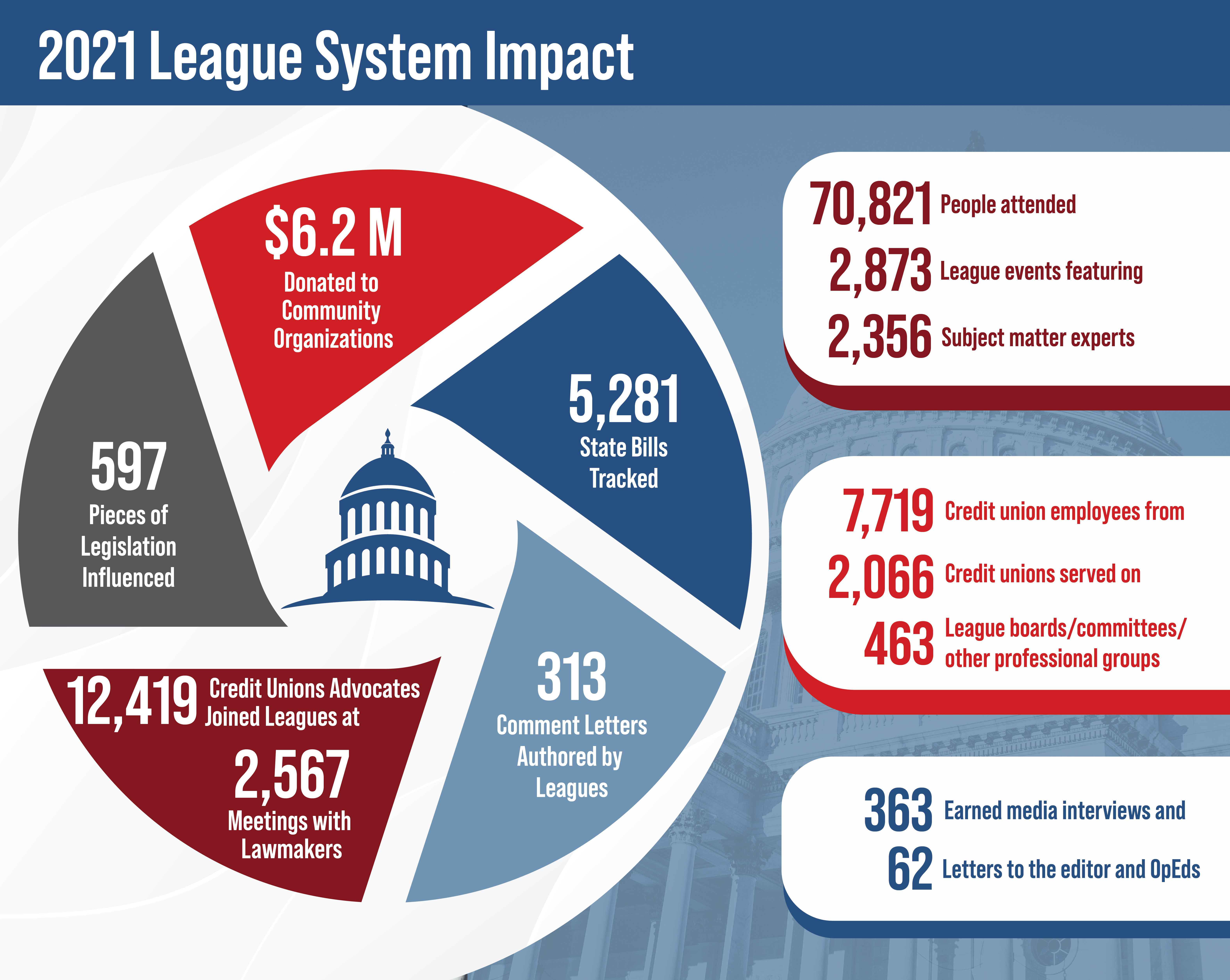 The League recently participated in an American Association of Credit Union Leagues (AACUL) survey measuring the breadth and depth of support Leagues have provided to credit unions in 2021. In addition to our participation, the 34 other Leagues/State Associations took part as well, representing all 50 states and the District of Columbia.

Leagues held thousands of meetings with legislators in 2021 with 12,419 credit union advocates joining leagues at 2,567 of those meetings. Additionally, Leagues provided thousands of professional development opportunities for credit union employees in addition to their advocacy work and support in advancing communities across the nation. The League system cumulatively hosted 2,873 events featuring 2,356 subject matter experts attended by 70,821 people in 2021.

Leagues also facilitated 463 different board, committees, and other professional groups made up of 7,719 credit union employees from 2,066 credit unions. The League system also worked to get the credit unions in front of consumers and political influencers alike, resulting in 363 earned media interviews and 62 letters to the editor/op-eds, some of which were published in multiple media outlets.

The Maine Credit Union League is proud to be a part of these successful cooperative initiatives with our credit union peers and looks forward to ongoing collaboration throughout the remainder of the year and beyond.