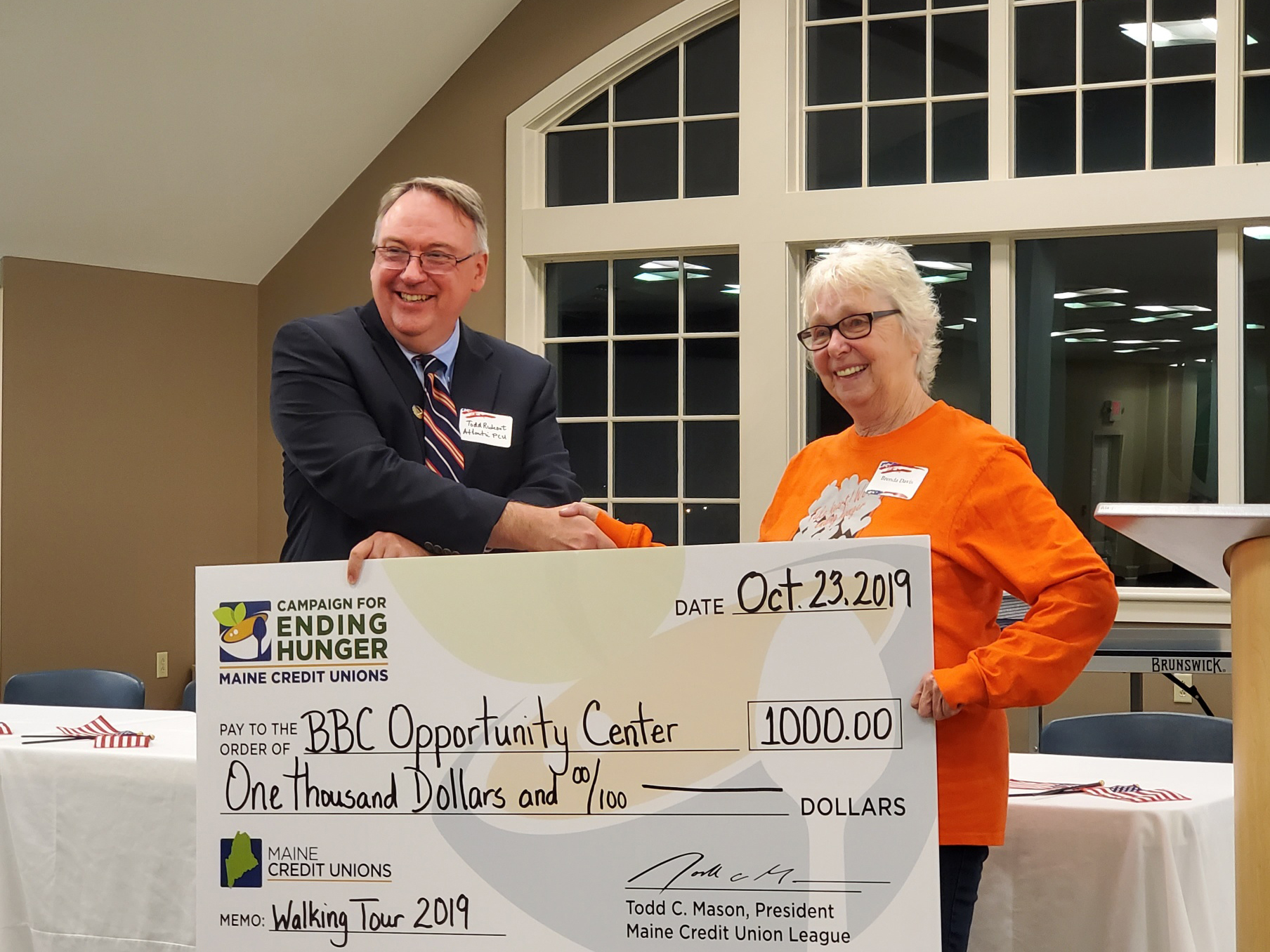 Last week, the annual Maine Credit Unions’ Ending Hunger Walking & Awareness Tour kicked off its 18th consecutive year with a stop at PeoplesChoice CU in Saco. Brenda Davis, one of the state’s leading ending hunger advocates, joined the York County Chapter of Credit Unions at their fall meeting on October 23.

Davis received a $1,000 donation to her organization, BBC Opportunity Center, and spoke to the York County Chapter about the importance of combating hunger in Maine. In addition, representatives from the Biddeford, Saco, and Sanford food pantries each received a $500 donation to commemorate the tour’s stop in that area.

“Thank you all so much for your generosity and kindness,” stated Don Bisson, President and Manager of the Biddeford Food Pantry. “With your donation, we’ll be purchasing turkeys for those in need ahead of Thanksgiving.”

Throughout the next two months, Davis will meet with every credit union chapter in the state and travel across Maine to call attention to the severity of hunger.

Her second tour stop brought her to Millinocket, where she visited with food pantries, credit union representatives, and other ending hunger advocates. She also spoke at the Northern Penobscot Chapter of Credit Unions’ fall meeting, where representatives from Katahdin Elementary, Stearns Junior/Senior High School, and Mattanawcook Junior High each received $500 donations to support their ending hunger efforts.

“Maine is lucky to have a champion like Brenda in its corner in the fight against hunger,” said Jake Holmes, Financial Literacy Outreach Coordinator for the Maine Credit Union League. “Brenda has been working with our credit union network for many years and this tour has become an integral part of our Campaign for Ending Hunger’s annual efforts.”

By the end of this year’s tour, $8,000 will have been contributed in support of Davis’ BBC Opportunity Center. Additionally, $12,000 will be donated to support local food pantries and other organizations addressing hunger in Maine.

“Maine credit unions work hard throughout the year to raise money for our Ending Hunger Campaign,” said Holmes. “Last year, over $792,000 was raised. That’s money that directly supports this tour and the incredible organizations that will benefit from the donations that will be distributed at each tour stop.” 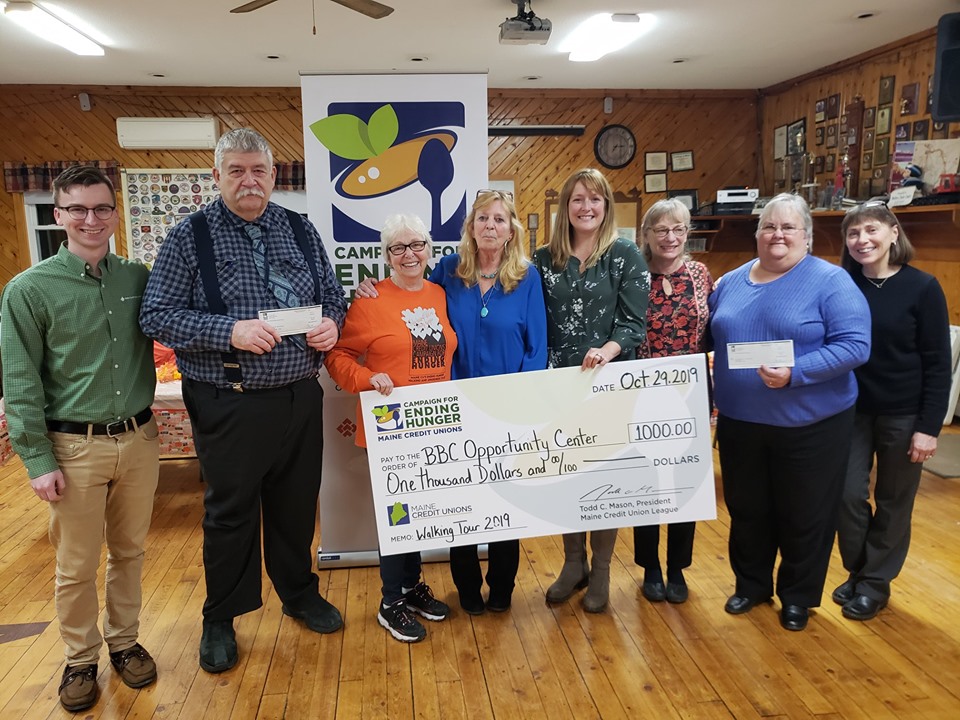 Davis takes a photo with the League’s Jake Holmes and other donation recipients at the Northern Penobscot Chapter of Credit Unions’ fall meeting.