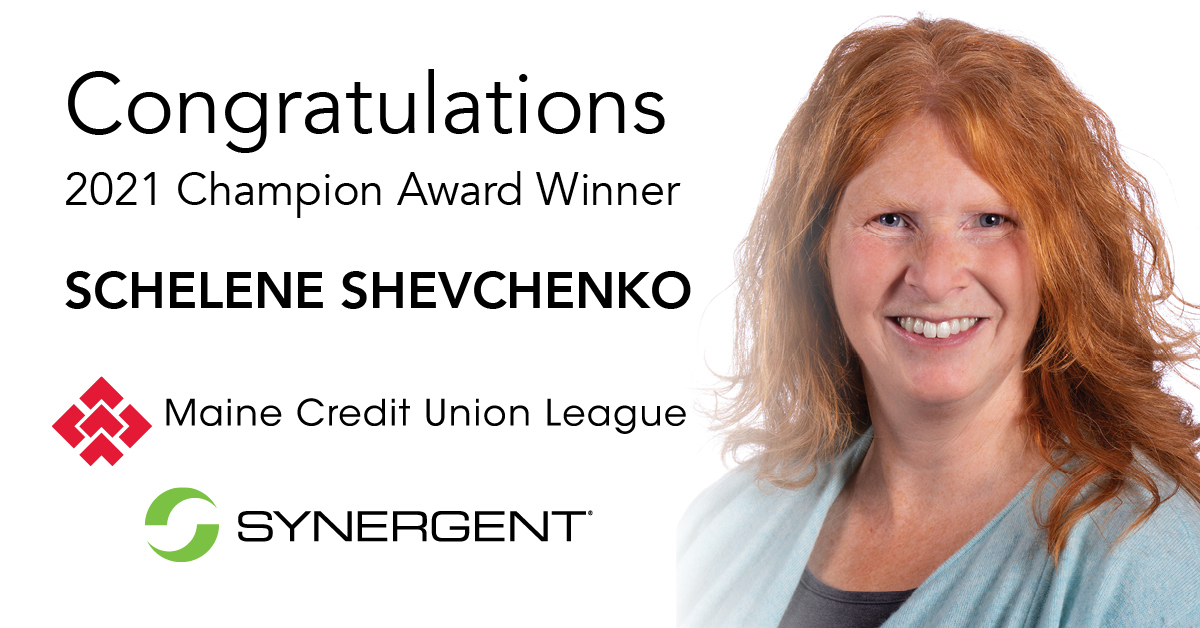 “It is obvious to me why Schelene was chosen as the employee of the year,” said Steve Nelson, Assistant Vice President of Project Management at Synergent. “Like many people at Synergent, she epitomizes the credit union mantra of People Helping People. She is a genuinely helpful person, whether it is for a credit union, staff, management, or our vendors. She wants to ensure people have a voice in what is happening and that their concerns are heard. Schelene makes you want to be on her team, regardless of what the project is.”

Schelene has been with the organization since 2015. She has served as a Synergent Project Manager and was recently promoted to Team Lead. Over the past year, much of her focus has been on leading the critical Fiserv CM2 project, a migration to Fiserv’s Enhanced EPOC upgraded debit processing platform.

“Schelene takes on some of the hardest projects,” added Nelson. “In 2021, she was assigned the CM2 project, two credit card conversion projects, replication services and multi-host failover, and more! She also is part of the Voice of the Employee Group (VOEG) and played a part in setting up The Source within the Teams platform. If you asked Schelene, she would tell you that the entire team working together was the real magic in getting all the work done, but the project manager ties it all together and keeps the entire team on track. That is where Schelene shines.”

Throughout her tenure with Synergent, Schelene has received several company honors. When being recognized for the quarterly Optimizer Award earlier this year, Schelene’s colleague Melanie Stuart, Synergent Team Lead for Operations, wrote, “The success of the CM2 project lies mostly in Schelene’s hands, as without her we would not have had the direction or dedication that we needed. Throughout the entire project she was upbeat and encouraging, even when everyone was overwhelmed and tired. We couldn’t have done it nearly as well without her.”

“I’m stunned and incredibly honored to be selected for this award among so many deserving Synergent and League staff,” said Shevchenko. “I’ve been at Synergent going on seven years, and I feel so lucky to be here. I’m surrounded by bright, creative, and dedicated people who show up and always put forth their best effort. They make my job at Synergent easier! I’m especially appreciative of their support, collaboration, and their willingness to take time to figure out how we can keep improving. I also appreciate the credit union staff I’ve worked with over the years who have challenged us and made us better. While some days are tougher than others, there’s never a day I don’t love being here because of the amazing people and the things we do together!”

On behalf of the League, Synergent, and the credit unions we proudly serve, we congratulate Schelene on this outstanding achievement. Our collective success is driven by dedicated employees like her who exemplify our shared People Helping People mission.