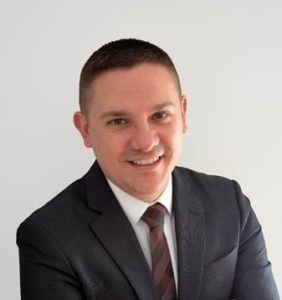 Down East Credit Union is pleased to announce the selection of Matthew Fleming as the credit union’s new Chief Financial Officer.

“I am excited to welcome Matt to Down East Credit Union. I truly enjoyed getting to know him through the selection process and know he has the expertise to help our organization grow while maintaining our strong financial health. He will be a great addition to our leadership team at the credit union,” said Joseph Moses, President/CEO of Down East Credit Union.

Fleming comes to Down East Credit Union from ProInfoNet and Health Connect Networks, where he served since July 2018 as the Director of Accounting and Finance, prior to which he held the role of Accounting Manager for three years.  Fleming began his career as a teller at Eastmill Federal Credit Union, in East Millinocket, Maine, a position he held for four years before starting an internship with the credit union with a focus on accounting and management.  Fleming furthered his interest in Accountancy by taking a job as a Staff Accountant with MacDonald Page & Co, in Augusta, Maine for one year, before returning to Eastmill Federal Credit Union as Operations Manager for two years.  He also spent time working with Lafayette Hotels as an Accountant.  Fleming has a Bachelor of Science degree in Business Administration and Accounting from the University of Maine in Orono, Maine.

When asked about his new position, Matt stated, “It is an honor to join Down East Credit Union as Chief Financial Officer. I am very much looking forward to being part of such a passionate and committed organization and working with Joe and his team.”

Fleming began his new role at Down East Credit Union on April 1, 2019.